Ready to reinvent your office?

Our design team at Capital Choice is ready to make your office dreams a reality. Yes, we come to you! Within a few business days of the consult, we’ll provide custom design concepts for your space.

Cherry trees produce a fine, uniform grain with dark wavy streaks. The grain is usually farther apart and softer than Mahogany. Cherry tends to have a red hue to it, but can be stained any color. Mahogany has a uniform grain that runs the gamut from fine to coarse. According to eHow.com , the grain is usually straight, but may produce interlocked figures such as mottles, blisters or fiddle backs (see definition below).

Mahogany grain runs close together and is evenly colored. The grain tends to have darker lines and it usually has a purple hue. Cherry and mahogany woods can look very similar to the untrained eye, but have a number of differences in color, texture and growth pattern. The grain of wood pattern depends on the cut of the wood. And it’s important to note that any wood can be stained to look cherry or mahogany, so be aware of the look-alike finishes. 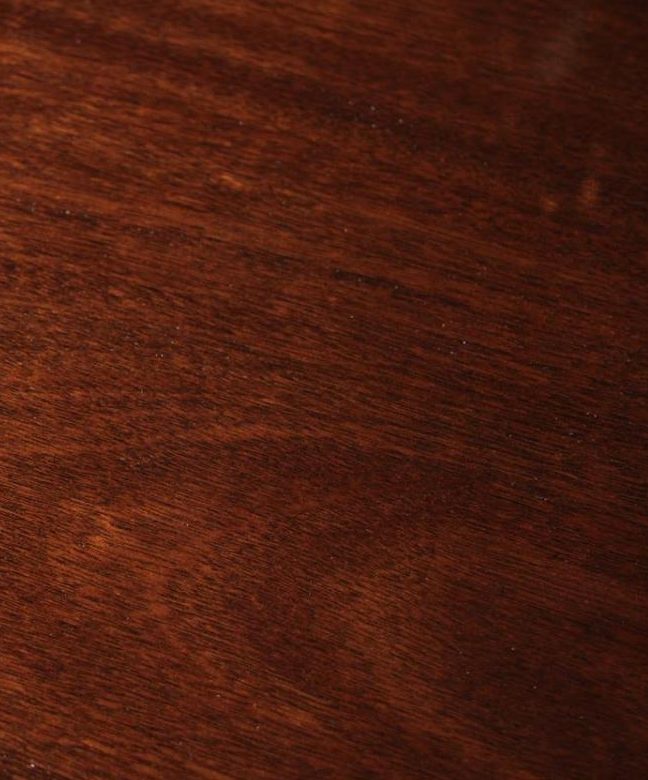 Blisters – happen to veneer when glue fails to hold solid wood to thin veneer wood (often when moisture or heat are involved).

Fiddleback – is a feature of maple in which the growth of the wood fibers is distorted in an undulating pattern, producing wavy lines known as “flames”. This effect is often mistakenly said to be part of the grain of the wood; it is more accurately called “figure”, as the distortion is perpendicular to the grain direction. Prized for its beautiful appearance, it is used frequently in the manufacturing of musical instruments, such as violins and bassoons, and fine furniture. (Wikipedia)